Jamie Reid was born in Timmins, Ontario in 1941. A writer, activist, and arts organizer, Reid was a member of the original five-member editorial board of TISH, the Vancouver poetry newsletter at UBC, in 1961. His first collection of poems, The Man Whose Path Was on Fire, was published by Talonbooks in 1969. A short time later he joined the Communist Party of Canada (Marxist-Leninist) and stopped writing for twenty-five years in favour of political activism. Reid returned to poetry and cultural criticism in the late 1980s, with a special interest in jazz expressed in many of his works. In 1994 he published Prez: A Homage to Lester Young, and in 1997 a new collection of poetry, Mad Boys. In 2002 he released Diana Krall: The Language of Love, a biography of jazz musician Diana Krall and in 2004 Talonbooks published I. Another. The Space Between: Selected Poems. In 2009 he published the chapbook, Homages (Pooka Press), which is included here as one section of A Temporary Stranger. 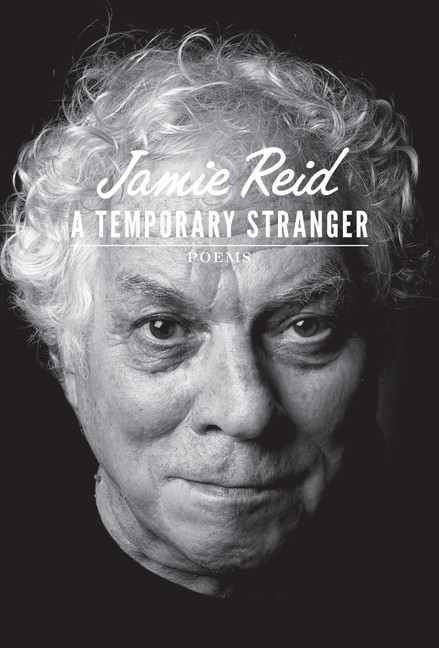