Heidi Greco is an editor and writer whose poems have appeared in a range of magazines and anthologies. She also writes book reviews for newspapers and magazines. Heidi lives in South Surrey, BC, in a house surrounded by trees. She has two books of poetry published with Anvil Press: Rattlesnake Plantain and Siren Tatoo.

Isabella Legosi Mori's poetry has appeared in numerous literary magazines and alternative newspapers. She is presently working on her first play, Dog-Nosed Missile of Fate.

Ms. McIntyre is a professional transient. She has lived in nine US and four Canadian cities. Besides writing poetry, she paints, makes paper from seaweed, and takes photographs. She now lives in Victoria, but is yearning for the Himalayas. 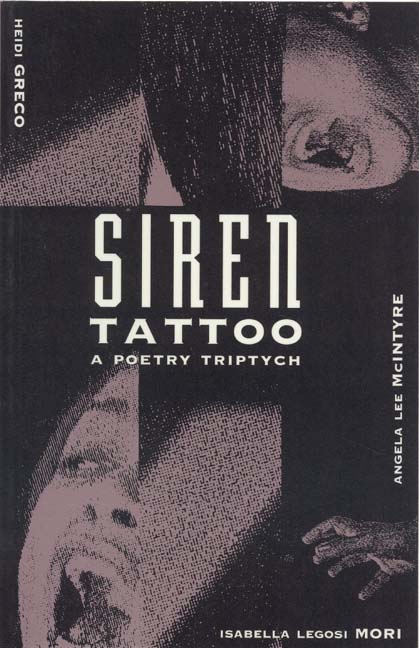